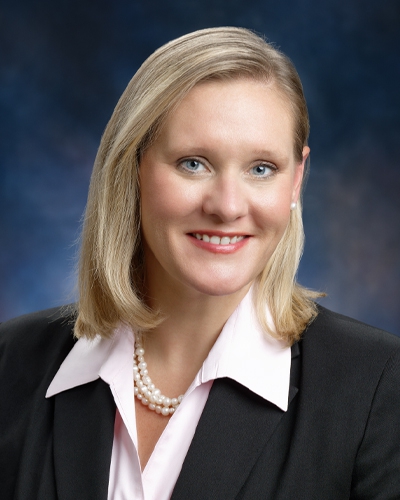 Courtney Flandreau has been a trial attorney for over fifteen years, representing both plaintiffs and defendants in personal injury cases throughout Southwest Florida. Earlier in her career, Courtney served as senior staff attorney for one of the largest insurance companies in the state of Florida, and represented hundreds of defendants in automobile negligence cases. She became a Plaintiff’s attorney in 2017 and now exclusively advocates for the wrongfully injured in Sarasota and Manatee Counties.

Known for providing exceptional service to her clients, Courtney applies the knowledge she gained as a defense attorney together with extensive trial experience to help those who have been hurt due to the negligence of another.  She is dedicated to providing personalized, effective legal representation to her clients. She leverages her knowledge and experience to maximize settlements for her clients and win difficult trials against large insurance companies.

Courtney was excited to join the Mallard Law Firm over the summer of 2021, where she will continue to represent the injured and hold wrongdoers accountable. She is here to help you if you have been injured in an automobile accident, as the result of unsafe conditions at a store or restaurant, or due to medical malpractice. She will also provide conscientious and compassionate representation to our most vulnerable clients, including those injured as the result of child abuse or neglect, or mistreatment in a nursing home.

Courtney graduated from Albany Law School of Union University in New York in 2004 and joined the New York Bar in 2005. She then moved to Florida and gained admission to the Florida Bar in 2006. Courtney received her undergraduate degree from Roanoke College in Virginia, where she majored in International Relations and Spanish – an education that has helped her effectively serve clients from a variety of backgrounds. She now resides in Northwest Bradenton with her husband, Alan and their three children.